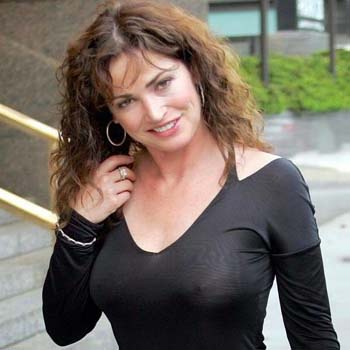 Kim Delaney was born in Philadelphia, Pennsylvania to parents Joan and Jack Delaney. She grew up in Roxborough and has four brothers. Kim began her modeling career working as a model for the agency Elite while in John W. Hallahan Catholic Girls High School. She moved to New York City after graduation to study acting.

Kim Delaney is an American actress who has a net worth of $3 million. In 2002, Delaney was arrested in Malibu, California, for suspicion of drunk and drive. She was sentenced to two-year probation, fined, and ordered to take a defensive driving course.

Delaney has been married twice. Her first marriage to actor Charles Grant lasted from 1984 to 1988. Her second marriage was with actor Joseph Cortese lasted from 1989 to 1994. Delaney and Cortese had a son named Jack who was born in 1990. She was engaged to producer Alan Barnette from 1997 to 2006. She has a dog named Penny and Sydney.

Kim Delaney has won Soapy Award as most exciting new Actress in 1983 for “All my Children (1970)” and in 1997 has won Primetime Emmy Award for Outstanding Supporting Actress in a Drama Series NYPD Blue (1993). She was nominated in 21 categories.