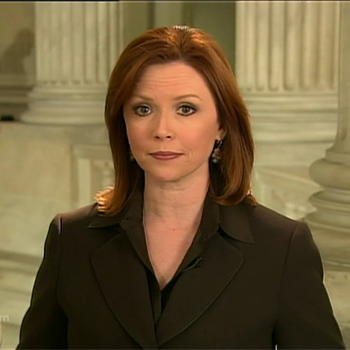 Born in Ohio. Graduated from Northwestern University with a Bachelor’s degree in Journalism in 1987. As a child, she always wanted to become an actress and thus used to take classes on dancing.

She has worked for several TV channels like WJW, CBS and NBC and gained popularity around the world. She served as White House correspondent for NBC News during the second term of George W. Bush.

She is married to J. David Ake who is also a professional TV journalist named. They have been married for over 10 years, but they do not have any children together.

O'Donnell earns $201 thousand annually whereas her current estimated net worth is $8 million. She was inducted into the Cleveland Journalism Hall of Fame in 2011 and the Ohio Radio/Television Broadcasters Hall of Fame in 2004. She has received many honors, including Emmy awards, a National Headliner award, a New Hampshire Primary Award for Political Reporting, and Los Angeles Press Club awards.