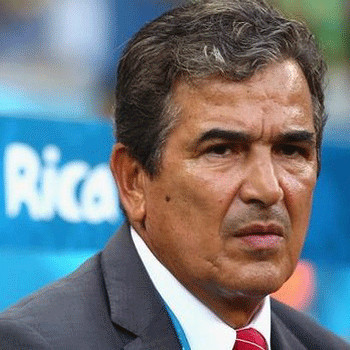 He was born in San Gil, Colombia. He managed different team in Colombia like Santa Fe, Union Magdalena, Club Alianza Lima. He has became manager of Costarica twice in 2004 and 2013.

In 1997 after he joined Club Alianza Lima the team was able to win Torneo Descentralizado (1997) title after eighteen years of the club's history. He was also honored with the opportunity to coach the national team of the Columbia.

Regarding his personal life he is married. But other information about whom he married, how many children he have has not been disclosed yet. Sixty-two years old coach is more attached to his football career.

He was highly criticized by his fan after very bad showings match against Uruguay and Chile in 2010 World Cup Qualifying matches.