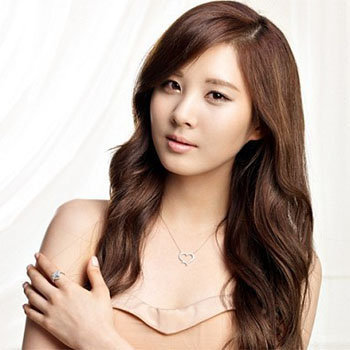 Seo Ju-hyun known professionally as Seohyun, is a South Korean singer and actress. She is a member of South Korean girl group Girls' Generation and its subgroup TTS.

Seo Ju Hyun was born an only child in Seoul. She attended the High School of Seoul, Daeyoung High School, where she graduated on February 9, 2010 with the Achievement Award and in 2014 graduated from Dongguk University.

In 2013, Seohyun's acting career began when she was cast in a supporting role in SBS's drama Passionate Love. She is fluent in Chinese and Korean and can speak conversational English and Japanese. She was appointed by the Seoul Metropolitan office as the South Korea’s Goodwill Ambassador for the student’s fitness.

Seohyun is single and is not in relation with anyone. She named United Nations Secretary-General Ban Ki-moon as her life mentor and role model.

Seohyun won “Most Popular Couple” award at the 2010’s MBC Entertainment Awards for the MBC’s TV Show “We Got Married” along with Yong Hwa of CNBLUE. She received a Recognition Award by South Korea Ministry of Culture in 2010.

Tray Savage is a music artist from United States. He is famous for being a member of the Black Disciples gang.