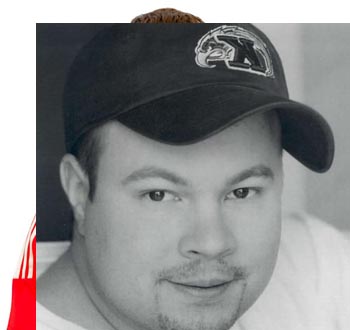 ...
Who is John Caparulo

An American comedy actor and a stand up comedian who is best known by his appearence in television show Chelsea Lately which is late night E! talk show. His friends call him Cap.

He was born in East Liverpool, Ohio, USA and grew up there. He went to Liverpool High School and graduated in 1993 and start to perform in night clubs in Cleveland as stand up comedian.

He played in movie named Blue Collar Comedy Tour: The Next Generation and also in TV show The International Sexy Ladies Show. He also worked as doorman at the Comedy Store in Hollywood, California and also in local golf course as groundskeeper.

He kept his personal life secret about dating. He is now a married man. He married to Jamie Marie Kelly. He announce he propose her in his show Chelsea Lately. They got married in 2012.This couple dont have any childrens still.

He is not found in any rumor and seems having good profile celebrity in media.