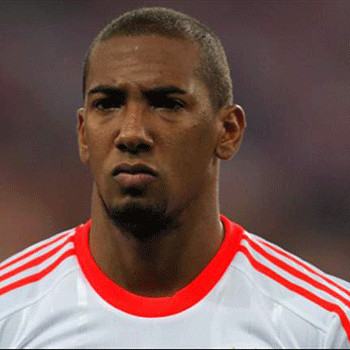 ...
Who is Jerome Boateng

His mother was German Nina Boateng and father Ghanaian Prince Boateng Sr. and has a brother, Kevin-Prince Boateng, who currently for Italian club AC Milan. He started his career with Tennis Borussia Berlin at the age of 13.

He has played for the German under-17 and under-19 national teams and made his debut with the national team on 10 October 2009 against Russia. He was the first German footballer to get sent off on his debut.

He married his long term girlfriend Sherin Senler, who is also a mother of his beautiful twins daughter Lamia and Soley. This couple had some conflict some time ago due to Boateng's linkage with another girl.

There is a huge rumor that Boateng is getting transferred to Barcelona soon.