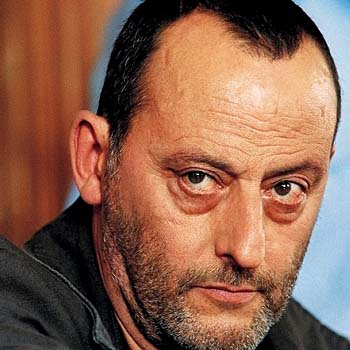 Jean Reno was born Juan Moreno y Herrera-Jiménez in Casablanca, Morocco, to Spanish parents who moved to North Africa to seek work. Reno settled in France at 17. He began studying drama and has credits in French television and theater as well as films.

Jean Reno is a French actor who has a net worth of $70 million. Jean has acted in many French, English and Italian movies. His early career saw him in films in which he featured as a brute or negative character.

Reno first married Geneviève, with whom he has a daughter, Sandra and a son, Mickael. Reno's second wife was Nathalie Dyszkiewicz, a Polish model, with whom he has a son, Tom and a daughter, Serena. On 29 July 2006, Reno married for the third time, to another Polish model and actress, Zofia Borucka, at the city hall of Baux-de-Provence in southern France. They have two sons Cielo and Dean.

Reno won Outstanding European Achievement in World Cinema in year 2000. He also won François Truffaut Award in 2012. He has been nominated in César Awards, France

Shah Rukh Khan is an Indian Film actor, film producer as well as a television presenter in Bollywood. He is also known as "The Baadshah of Bollywood", "King of Romance" or "King Khan". Khan started his acting career in Lekh Tandon's television series Dil