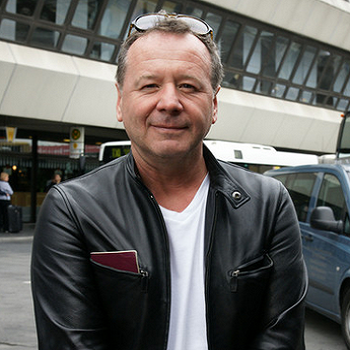 He is a huge fan and supporter of Celtic FC. Simple Minds lead vocalist James Kerr has the net worth of $ $45 million dollars.

Kerr was married to Chrissie Hynde in 1984 and divorces in 1990. They had one daughter. He then married to actress Patsy Kensit in 1992 and divorced on 1996 with whom he had one son, James.