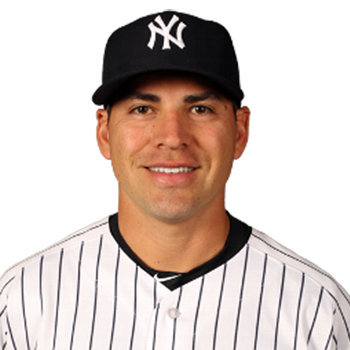 ...
Who is Jacoby Ellsbury

He went to Oregon State University where he was a Baseball America first-team All-American and Pac-10 Conference Co-Player of the year, with Trevor Crowe. He was drafted in the 1st round of the 2005 MLB draft by the Boston Red Sox.

Speedy MLB center fielder who led the American League in stolen bases in both 2008 and 2009 while playing for the Boston Red Sox; helped lead the Sox to a World Series Championship in 2013, then signed a 7-year, $153 million contract with the New York Yankees prior to the 2014 season.

Ellsbury married Kelsey Hawkins in December 2012. Ellsbury was raised as a member of The Church of Jesus Christ of Latter-day Saints (Mormon)

He had an outstanding season in 2011, where he won the 2011 Gold Glove Award, Silver Slugger Award, and AL Comeback Player of the Year Award.

Ellsbury was one of the victims of the $8 billion fraud perpetrated by wealth manager Allen Stanford; although he had some assets frozen, it did not cause him any significant hardship, like those suffered by Johnny Damon and Xavier Nady.