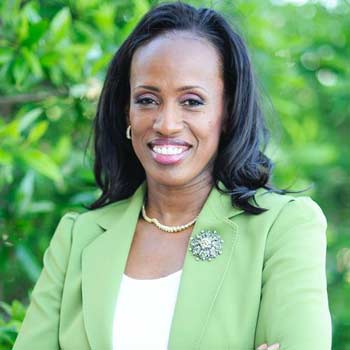 ...
Who is Jackie Joyner-Kersee

She was a high school athlete at East St. Louis Lincoln Senior High School. She later earned a full scholarship from University of California & Los Angeles, where she starred in both track & field and women's basketball from 1980-1985. She completed her graduation in 1985.

She is not only the sports star of her family. Her brother Al won the gold medal in the triple jump at the 1984 Olympics. She went to join the board of USA Track & Field in 2012. Similarly, in 2016, she became a spokesperson for the cable TV company Comcast. She has banked a lot from her career earnings. She has a staggering net worth of $5 million which is increasing per passing day.

She married her coach, Bob Kersee in 1986. She is an active philanthropist and established Jackie Joyner-Kersee Foundation, which encourages young people in East St. Louis to pursue athletics and academics. In 2007, she founded her Athletes Hope alongside with Andre Agassi, Muhammad Ali, Lance Armstrong, Warrick Dunn, Mia Hamm, Jeff Gordon, Tony Hawk, Andrea Jaeger, Mario Lemieux, Alonzo Mourning, and Cal Ripken, Jr. The mission of the organization is to "educate, encourage and assist athletes in their efforts to contribute to the community and charitable causes,"

She has many awards and accolades, Jackie Joyner-Kersee won the 1986 James E. Sullivan Award. That same year, she won Jesse Owens Award. Likewise in 2000, she was inducted into the St. Louis Walk of Fame.

She has not been the part of any rumor or controversy.

25 years old professional footballer, Antonio Rudiger currently plays as a defender for Chelsea and the German national team. He started his professional career with VfB Stuttgart II in 2011.