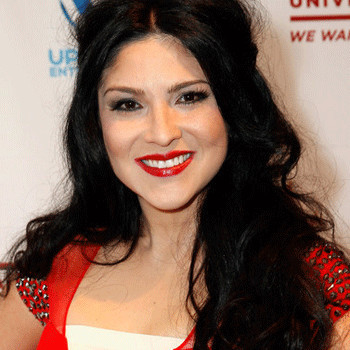 ...
Who is Jaci Velasquez

Began traveling with her father who was a full-time singing evangelist when she was 9. Began to sing as backup to her parents, then later as solo and has released two independent records. Was discovered by a representative of Myrrh Records in the road.

Been the first solo artist in the history of the Christian musicto reach gold status. Released #1 singles so far. At the age of 9, mysteriously lost her hearing, but quickly recovered.

Currently married to Nic Gonzales. They got married in 2006 and has two children from him. Initially married to Darren Potuck in 2003 but divorced in 2005 for some reasons which has not been disclosed yet.

There are no rumors available currently for this singer.