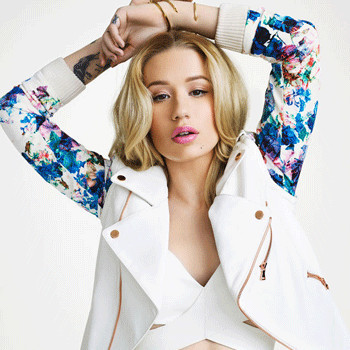 Her father name is Brendan Kelly and her mother name is Tanya.She spended her childhood in Mullumbimby,New South Wales.She dropped out of high school.

Iggy Azalea started rapping from the age of 14.She also started working and saving money by cleaning rooms of hotels.

Iggy Azalea dated ASAP Rock and even tattooed his name in her finger.Now she is dating Nick Young who is a basketball player of Lakers and are living together in Tarzana,California.

Iggy Azalea have won 15 awards and was nominated for 93 awards.She won Hottie of the Summer and Breakthrough Artist Award in 2013.

There was a rumor that the singer transmitted Jeff Wine a sexually transmitted diseases while they were dating.