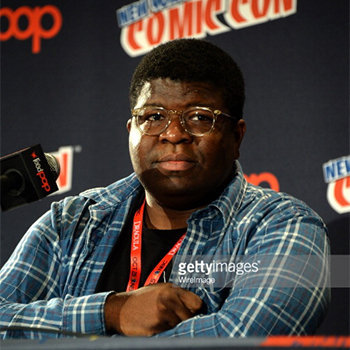 ...
Who is Ian Jones-Quartey

Talented and globally recognized animator, voice actor and story board artist. He came to prominence after his promising work in Adventure Time, Secret Mountain Fort Awesome and Bravest Warrior.

Born in Colombia. He is graduated from School of Visual Arts in New York City. In 2006 his paved his way by working on The Venture Bros.

The designer of the flag of Ghana, Theodosia Okoh is his grandmother. He created webcomic RPG World which has won Cartoonist 's Choice Awards.  He is also supervising director, storyboard supervisor and revisionist.

Since 2008 he is in relationship with Rebecca Sugar who is the creator of Steven Universe. Seems like they have not tied a knot till yet.

Got nomination in Primetime Emmy Awards.