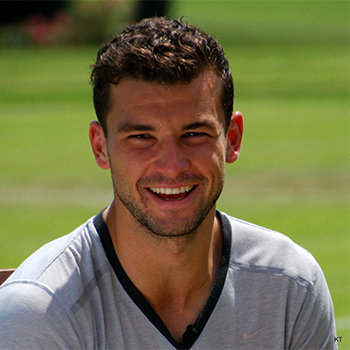 ...
Who is Grigor Dimitrov

He was born as the one and only child of Dimitar Dimitrov and Maria Dimitrova on 16th of May 1991. He was born in Haskovo, Bulgaria.

His love life with a Russian Tennis player Maria Sharapova became aired in the early 2012 but this news became official in 2013 after they announced it by themselves.

In 2014, he was named as the Bulgarian Sportsperson of the Year.

Though he is a professional tennis player, his real interest is in sports, cars and so on.