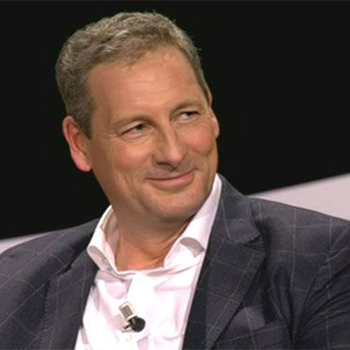 ...
Who is Gert Verhulst

Verhulst already knew on a very early age that he wanted to become famous. He got his first job at the former BRTN (now VRT) as continuity announcer.

In 2014 he participated in TV Show/contest "De Slimste Mens ter Wereld" after the invitation of presenter Erik Van Looy where he was the first time in twelve seasons that survived the eleventh participation. and finished third.

In 1998 he married Valerie Calliau with whom he had a son Victor and a daughter Marie. Unfortunately they split up in 2003. He had a two year relationship with Karen Damen and a short relationship with Josje Huisman, both singers from the popular Girl group K3

In 2007 he won together with Jelle Cleymans the second season of "Best friends" at Eén. Verhulst was along with Hans Bourlon, elected Manager of the Year by the Belgian weekly Magazine "Trends" in 2008.

There where rumors that Verhulst had a relationship with Karen Damen from the popular Girl group K3. Verhulst always denied the relationship, but in February 2005 pictures of the couple appeared in a Dutch newspaper.