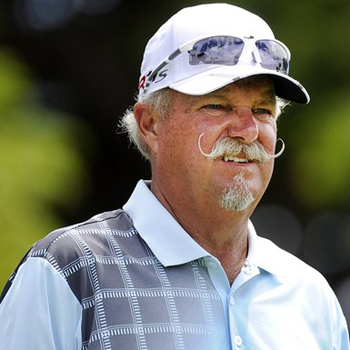 After graduating from Ramona High School, he attended the University of California, Riverside where he won the NCAA Division II individual championship in 1970. He performed in 400 PGA Tour events but never won.

He also successfully worked as a golf analyst for CBS Sports. As a writer, he penned two books Just a Range Ball in a Box of Titleists and Golf for Dummies.

Married to his wife, Diane, he currently resides in Paradise Valley, Arizona, and Edwards, Colorado. He has not talked about his children.

He won the Toshiba Senior Classic, Ingersoll-Rand Senior Tour Championship, and the Gateway Open tournament on the Ben Hogan Tour, the second-tier tour in the U.S., now called the Web.com Tour.

There is no any desperate rumor and controversy regarding his professional and personal life.