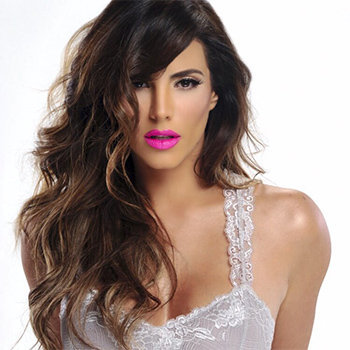 Venezuelan model, actress and presenter best known for her roles in telenovelas. Her first protagonist role was as Ivana in "Enamorada".

Gaby was born in Caracas, Venezuela. Her parents got divorced when she was young. She is the eldest sister to her sister, Andreina, two paternal half-brothers, Gustavo and Mariano and a maternal half-sister, Nelly.

Before starting her career in acting she had opened her veterinarian due to her love towards animals. But later on, she changes her mind and began studying public relation.

She married Venezuelan actor Cristobal Lander in 2007 and a year later welcomed their first child. The couple got divorced in March 2011 because of her relationship with her co-star, Jencarlos Canela with whom she had relationship and a child. She ended this relationship later too.

She won Premios Tu Mundo Award in 2013 and 2012 and nominated for Premios People en Español for Best Actress.

In early 2010, when Espino and Lander separated, it was rumored that it was because of her relationship with Canela. Canela and Espino denied this and stated they were just friends. However it turned out to be true after they accepted their relationship a year later.

American model and actress, Karen McDougal is known for her appearances in the Playboy magazine as Playmate of the Month for December 1997 and Playmate of the year 1998. McDougal had an affair with the current U.S. President Donald Trump.