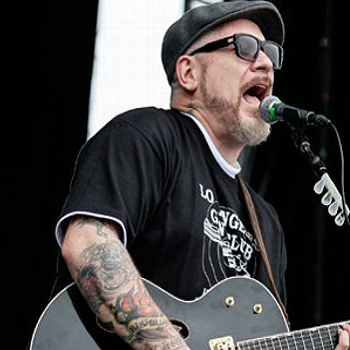 Everlast also known as Whitey Ford was born on August 18, 1969 in Valley Stream, New York, USA. Everlast teamed up with DJ Lethal and high school friend Danny Boy to form House of Pain after failure of his solo album.

An American rapper and songwriter Everlast has a net worth of $10 million. Grammy Award-winning musician well known for his hit solo "What It's Like".

He married former model Lisa Schrody in May 2009 and are still together and have two daughters. He had open heart surgery to replace a valve in February 1998.

He is the Grammy award winner. He also won Best Rock Performance by a Duo or Group in 2000.

A feud erupted between Everlast and Eminem after contributing to the tracks End of Days soundtrack. He was also arrested for possession of an illegal weapon for three months.