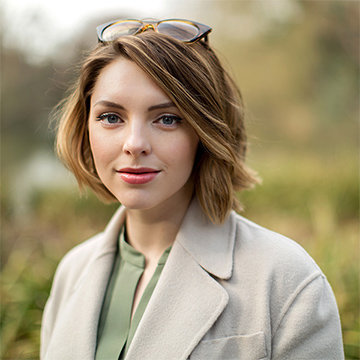 ...
Who is Estee Lalonde

Estee Lalonde was born in Canada but her career of Vlogging and blogging started when she moved to London on 2010 from where she actully entered the world of vlogging anf blogging.

A student of psychology, and moving into new place, made her spend most of her time into internet thats where she discovered the idea of blogging, disregarding the fame and money.

Estee Lalonde was believed to leave Canada and moved to England, to be with her boyfriend Aslan. And after moving her life took new direction into blogging field.

Estee Lalonde has attracted over 1.1 million subscribers. She is also known for her beauty and lifestyle blogging and vlogging.

Blogging being disheartening tweets and Estee Lalonde did react on that, which was taking all the eyes of tweeters.

A web star from england whi is better known for uploading football related channels on his YouTube channel. He also posts Grand Theft Auto and Destiny games on his gaming channel.

Max MIlls is a Musical.ly star, a child singer who made himself known through an app which has now gained a lot of popularity among the youths. He is also a YouTube star and has got his own account.

Family friendly Minecraft gamer on YouTube who quickly gained more than 120,000 subscribers only one month after launching channel thanks to his affiliation with SkyDoesMinecraft and friends.

Talented and sexy model,actress and web and social media star. She ha done modeling for the different popular brands like American Eagle, Seventeen, Forever21, Smashbox and Ralph Lauren She belongs to white ethnicity.