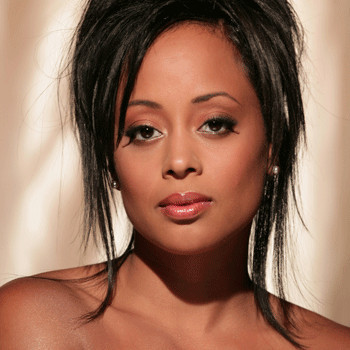 ...
Who is Essence Atkins

Her parents name is Sandy Nelson and Jeffery Atkins.She is the only child of her parents.She spent her childhood in Brooklyn, New York.Her birth name is Essence Uhura Atkins.

Essence Atkins belongs to African and American ethnicity.Her net worth is about $5 Million USD.She got her first television acting role when she was 13 years old.

Essence Atkins got married to Jaime Mendez in 2009 September 26 where they both met each other in Match.com.He is a collegiate football free safety.They both have a son Varro Blair Mendez who was born in Christmas days.

Essence Atkins was nominated for Image Awards in 2005 for the category of Outstanding supporting actress: Half & Half .