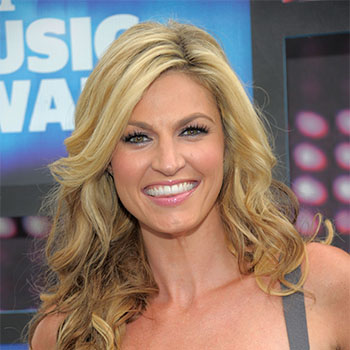 Andrews was born in Lewiston, Maine. She is daughter of Paula Andrews and Steven Andrews. She graduated in Bachelor's  degree of Arts from University of Florida.

Play Magazine has voted her as a'America's sexiest sportscaster' in a year 2007 and 2008. She secured 3rd position along with her partner Maksim Chmerkovskiy in Dancing With The Stars.

Erin is hooked up her hockey player boyfriend Jarret Stoll. Previoulsy she had dated an actor Chace Crawford. But they separated after couple of years.

Man named Michael David Barrett flamed her while she was in her hotel room. She was totally nude and buzzed in online so instantly. He was arrested and she sued him along with other hotel staffs.