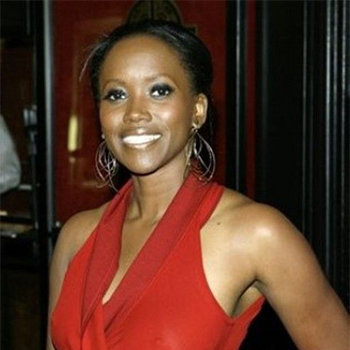 ...
Who is Erika Alexander

She was born in Winslow, Arizona as Erika Rose Alexander, and attended Philadelphia High School for Girls. She is one of six children born to her parents Robert Alexander and Sammie Alexander.

Received her big break when she joined the cast of The Cosby Show (1984) in 1990 as Huxtable cousin Pamela 'Pam' Tucker on the critically-acclaimed sitcom.

She is married to artist/screenwriter Tony Puryear. She actively campaigned for Hillary Clinton and toured college campuses with Chelsea Clinton, during the 2008 Democratic primary.