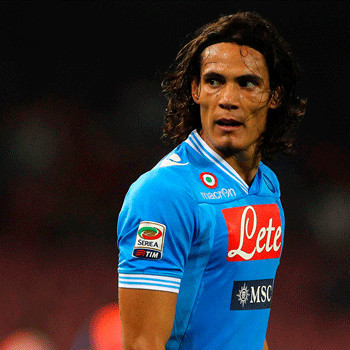 ...
Who is Edinson Cavani

He was born in Salto, which is Uruguay's second largest city. When he was just twelve years old he joined Danubio youth team. Later on in 2004 he moved to Montevideo.

He is from family of footballer's. His father, Luis Cavani has also been a footballer. His elder brother Walter Guglielmone who plays as a forward for Montevideo Wanderers and his younger brother Christian is also footballer.

Talking about his personal life Cavani was married to Maria Soledad. Couple has given birth to two sons namely Bautista, born on 22 March 2011 and Lucas, born on 8 March 2013.

He has been awarded with many honorable titles such as South American Youth Championship – Top scorer: 2007 for contributing 7 goals, Coppa Italia – Top scorer in 2011–12, Serie A Fan Award in 2010.

In 2014 He announced about him and his wife getting divorced, following a split between the two the year before but the news has not been confirmed yet.