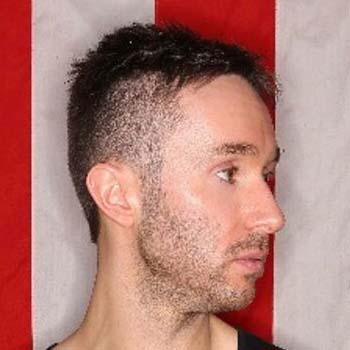 ...
Who is Eddie Halliwell

British DJ whose forward-thinking approach to technology launched him into international stardom. He is one of the ‘New Superstar DJ’s’ that has gained popularity worldwide.

He was born in Wigan, England. Eddie began deejaying at age fifteen. He had earned residencies at Goodgreef and Gatecrasher by 2002.

He helped Pioneer develop the world's first digital scratch mixer, the DJM-909, and is the host of the syndicated radio show Fire It Up Radio.

He has a brother who announced his own engagement on the radio. He has stayed very low profile regarding his personal life and his dating life is unknown to the media.

He has been named as one of the ‘New Superstar DJ’s’ by Mixmag and nominated in its ‘Greatest DJ Of All Time’ poll.