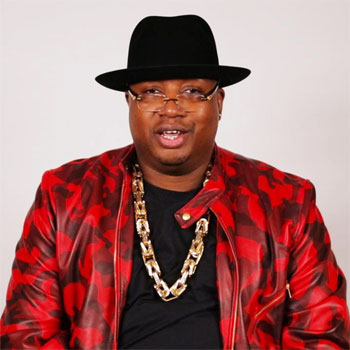 He was born on Nov 15, 1967, in Vallejo, California. He associated with the Bay Area hip-hop group The Click before making his solo debut in 1993.

In 1985, he graduated from Dr. James J. Hogan Senior High School in Vallejo, California. Until now, he has released 20 studio albums and also had made guest appearances on other rap albums. He has a staggering net worth of $10 million.

He and his wife Tracy Stevens has been together for last 32 years. The couple celebrated their marriage on June 22, 1991, in presence of some important guest and relatives. He shares two sons with his wife. His son Earl Jr. also a rapper under the name of Droop-E. Outside of his acting and career, he is fond of traveling. He loves to watch football and Dallas Cowboys is his favorite team.

As a popular celeb, he might have collected several awards but more than that he has earned huge fans and followers.

As of now, E-40 has never been the part of any kind of rumor or controversy.