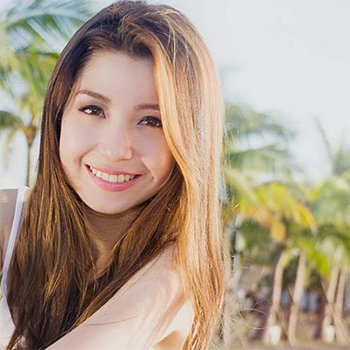 ...
Who is Donnalyn Bartolome

Donnalyn Bartolome is a well-recognized YouTube video blogger from Japan. She is an incredible singer-songwriter and a rapper. She is popular in the Philippines as the SMS, AKA Social Media Sweetheart.

Donnalyn Bartolome was born in Yokosuka, Kanagawa Prefecture, Japan as Donnalyn Jereos Bartolome. She was born to mother Tonylyn Mulawin, a businesswoman and father Reynaldo Mulawin, Senior Chief Petty Officer in the U.S. Navy. Bartolome is the oldest sibling of five with two younger brothers and two younger sisters. She graduated from St. Xavier College, Philippines.

Bartolome uses YouTube as a platform to share cover videos in addition to her blogs. She was the first girl signed by a label as a femcee (girl rapper) in the Philippines. She shot to fame after the release of her single "Kakaibabe", a track on the Diary ng Panget OST, which accumulated 20 million hits in no time. Her recent work include an album called Happy Break Up with single Happy Break Up.

Talking about Donnalyn's personal life, she hasn't share the information regarding her boyfriend and love affairs with the media. Henceforth,she is possibly single and focused in her professional life for now. However, she is very close to her guy friend Bret Jackson. The duo further explained their hookup to be love-hate affair rather than the girlfriend and boyfriend one.

Bartolome earns a whopping amount of money from her career. Her current estimated net is still under review. She has a Toyota 86 which worth about $30,000. In 2014, she won ASAP Pop Viewers Choice Awards as Pop YouTube Sensation for "Kakaibabe". Likewise, in the same year she was nominated for 28th PMPC Star Awards for TV.

Fans suspect her to be in a romantic affair with her friend Bret. She also faced some controversies when she baffled about the bi-sexual film BIG SISTER being her own real life story.

18 year old YouTube star, who is globally recognized for her username as Niamerican. She is a extreme and craziest fan of One Direction and Fifth Harmony and her reactions to them.

Best known for his comedic, inspirational, and motivational YouTube videos for any age that he posts to his popular channel AreWeFamousNow.

Handsome and popular instagram and vine star and model from America.He is well known for posting his vine videos from the car.

Ashlund Jade is a YouTube star who became famous for her first cover song 'Cool Kids' of Echosmiths, received over 1 million YouTube views in three months. She then got an opportunities to work with the renowned companies like American Express, AMC, Lifetime, and DreamWorks.