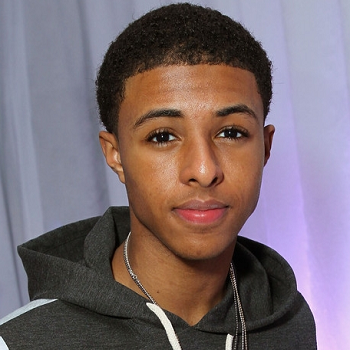 ...
Who is Diggy Simmons

Simmons was born in Queens, New York, United States of America. He is the fourth child of Joseph "Rev. Run" Simmons of Run DMC. In 2009, hereleased his debut mixtape, The First Flight.

Jay-Z, Nas, Kanye West, Lupe Fiasco, A Tribe Called Quest & Wu-Tang Clan were his inspiration. He has also landed his own 2-hour TV movie/show pilot on BET titled "The Start-Up"

Simmons along with his parents and five siblings, were the primary subjects of the MTV reality television show Run's House. He is not found dating anyone.

Simmons has been nominated in various awards like BET Awards, BET Hip Hop Awards and many more.