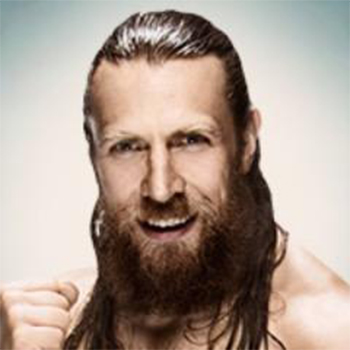 Danielson was born and raised in Aberdeen, Washington. He competed in various sports at Aberdeen-Weatherwax High School including football. He began training at the Texas Wrestling Academy after graduating from high school.

He had trained with the famous wrestler Shawn Michaels at the Texas Wrestling Academy. His famous catchphrase was NO! which later turned to YES! His long beard was noticable and popular.

Danielson married WWE Diva Brie Bella in 2014, with whom he had been in a relationship for nearly three years. At age 34, Danielson retired from professional wrestling due to medical issues arising from multiple concussions and a brain lesion.

Throught his career, Daniel has won many champioships including. Besides that he has won PETA Libby Award for Most Animal-Friendly Athlete in 2012.