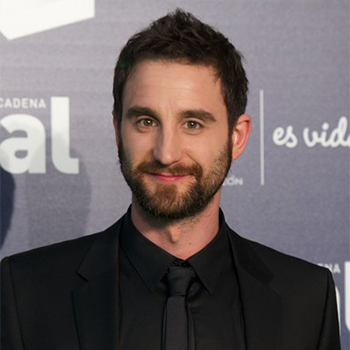 To pay for his studies he worked as storytellers in a central tearoom of Granada , which claims to have learned a lot from that experience. Gradually after graduating he was veering towards comedy, devoting himself to have monologues by bars and cafes. After graduating from the University of Granada, he began touring with Paramount Comedy.

As a comedian, he has performed standup on a number of shows like Días de cine and El club de la comedia. In the comedy series B&b, de boca en boca, he starred opposite Belen Rueda.

He began a relationship with actress Clara Lago in 2014. The pair first met while filming 2013's Spanish Affair. The couple has been together since.

On 7 February 2015 he hosted the 29th Goya Awards ceremony At the same ceremony, he won the Goya Award for Best New Actor for Spanish Affair. He also won Medals Cinema Writers Circle for Best Newcomer.