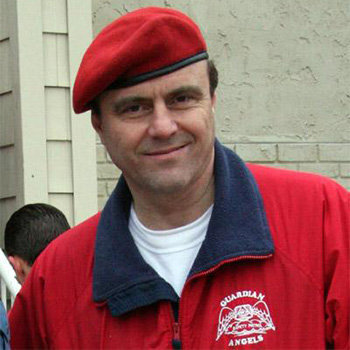 He was born in Canarsie, New York City, New York, United States on 26th of March 1954. He has two siblings and they are named as Aleta St. James and Maria Sliwa. He graduated from Canarsie High School/

Sliwa began his career as a manager of McDonald's restaurant in The Bronx. He is also well known for being a radio show host and a TV personality. He is the creator and the founder of the Magnificent 13.

He was first married to an American reporter Lisa Evers. This estranged couple divorced after being together for about one and half decade. He was also married to Mary Galda for about a decade from 2000 till they split up in 2012. He has a son Anthony Chester from his ex-wife Mary.

Curtis certainly makes a massive amount of money from his career. His current estimated net worth is $500 thousand.

Dari Alexander is a TV journalist and an anchor from United States. She is best known for being the news anchor for FOX 5 NY.

American journalist, Rich Eisen is known for his work at NFL Network and CBS Sports. He is also famous famous for being the host of several TV shows.