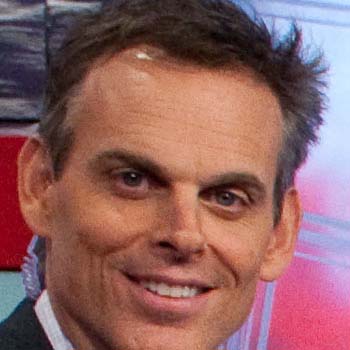 ...
Who is Colin Cowherd

Colin was born in Bay Center, Washington. After his parent's divorce, his mother took care of him. He graduated from Eastern Washington University.

Due to his dedication towards his Job he has proved himself as a sucessful media personality. He has handsome salary of $2 million and net worth of $12 million. He is fond of basketball and wiffleball.

As he is quite conserved, he didn't want to talk about his personal matters. He was married to Kim and has two childrens. After divorcing with her, he wedlock with Ann and has four stepchildren.

Colin has won Sports Illustrated's Radio Personality of the year, Nevada's Sportscaster of the Year (5 times), and Best Pundit of 2012.

He has stepped into lots of controversies. He was criticized regarding for his comments towards Eddie Guerrero by George Solomon, for his statements of Sean Taylor’s death. Later publicly criticized for his jokes in a show.