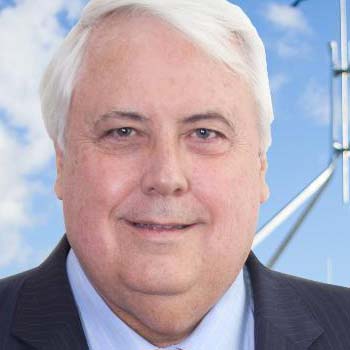 Clive Palmer was born as Clive Frederick Palmer in Melbourne, Australia to Nancy Palmer, George Palmer. However, he grew up in Williamstown.

Palmer is a rich man and he owns several mines. As of 2014, Forbes Magazine claimed that his actual net worth was to be around US$550 millions.

Clive Palmer is a married man. He was first married to Susan Palmer. He has two children with her. However, she died because of cancer in 2005 and then he married again in 2007 with Anna.

Palmer is a politician and he won Division of Fairfax. He has also been elected in several other elections.

At the start of 2015, it was rumored that he is going to purchase some clubs in EPL.