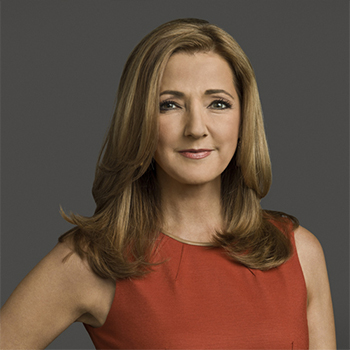 ...
Who is Chris Jansing

American beauty, Chris Jansing is a talented and famous television journalist. Currently, she is serving as the Senior White House Correspondent at NBC News. Before, she worked at an MSNBC.

Chris was born Fairport Harbor, Ohio. She graduated from Otterbein College.There she worked in radio journalism, that's why she swap to major political science to major journalism.

Chris birth name is Christine Ann Kapostasy. Eventhough she divorced with Mr. Jansing, she is still using his surname. She belongs to Hungarian and Slovak descent.

Jansing was married to a chemist Robert Jansing. But things went wrong between them and they ended their relationship. Currently she is living happily with her professional life.

Ambitious lady has won Emmy Award and awarded as a Best Person from the New York State Broadcasters Association.

There was rumours that Telemundo's Diaz-Balart was replacing her at MSNBC. She steppd in controversy when she ccidentally claimed that president Barack Obama was born in Kenya.