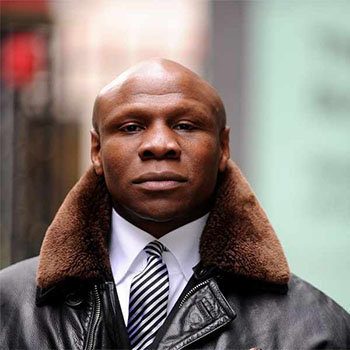 He was born to Rachel Scollins in Dulwich, London, England, United Kingdom. He has two siblings and they are named as Peter Eubanks and Simons Eubanks.

He was married to Karron Eubank for about one and half decade. They got married in 1990 and together they welcomed four children together. They got divorced in 2005.

He was the world champion for several years.

At the end of 2009, he revealed he was bankrupted.