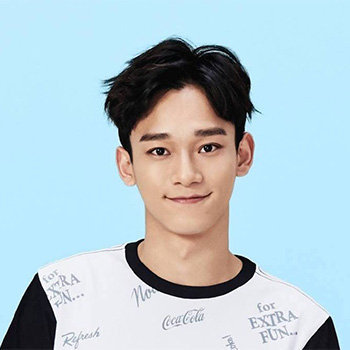 Born as Kim Jong-dae in Siheung, Gyeonggi-do, South Korea in a musical background family. He has one older brother. He studied music in school and attended S.M. Entertainment's Casting System.

Chen has habit of forgetting things. He is the great fond of joking, pranking, his parent's cooked foods, playing piano and video games,Lamb Kebab, Chinese food,Donald Duck, Garfield among others. He dances very bad as comparison with other band member.

Chen is single. He spends many hours with his band mates and family, playing video games with band memeber. He and band fellow Xiumin are very close to each other.

on 2014 he hsa been awarded with 16th Seoul International Youth Film Festival and 5th So-loved awards.