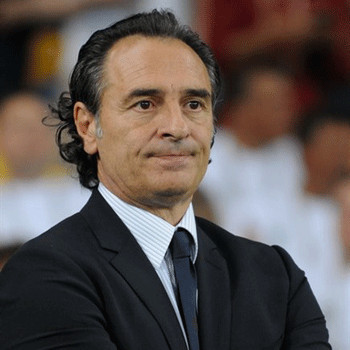 ...
Who is Cesare Prandelli

Cesare was born in Orzinuovi, Brescia, Italy and spent most of his childhood there. He began his career as a footballer in 1974 playing for club Cremonese after which he landed to Atlanta, Juventus and then Atlanta back again.

Cesare is currently 57 years old and weighs 74 kgs. He is of white ethnicity and a devout catholic. Cesare has a sibling named Mario. His son Nicolo is a off-pitcher football fitness coach by FC. Parma in 2009 and also the Italian national team in 2012.

Cesare is a widower of Manuela Caffi whom he married in 1982. Caffi died of breast cancer on 26 November 2007 in Florence. The Florentina team and her personal friends attended the funeral .The couple have two children named Carolina and Nicolo.

Cesare was awarded the coach of the year award at the 'Oscar Del Calico' in 2009 for his exceptional coaching in 2007-2008. While he was the manager of Italian national football team, came third in the FIFA Confederations cup.

There have been many rumors that Cesare Prandelli would replace Filippo Inzaghi in FC AC Milan .There are also rumors that he is interested in taking over Tottenham hotspurs but these donot have appropriate sourcing.