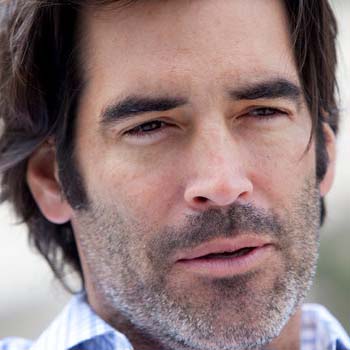 ...
Who is Carter Oosterhouse

Oosterhouse was born in Traverse City. He began to learn carpentery and at 12 initiated it as a career. He has degree in BA in nutrition and communication from Central Michigan University.

People's magazine positioned him as a "Sexiest man on TV". He is the founder of Carter’s Kids. He.modeled for many television advertisement.

Carter named her girlfriend Amy Smart as a wife in 2011. They don't have any kid till yet. The couple seems very happy together.

There were rumors  that he is a gay. But he proved that he is straight after marrying her girlfriend.