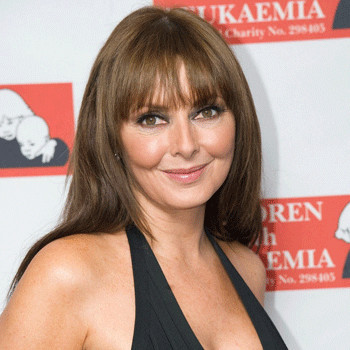 ...
Who is Carol Vorderman

Carol spent her childhood at Bedford,Bedfordshire.Her parents are Anton Vorderman and Edwin Jean.She studied at Blessed Edward Jones High School.She then joined Sidney Sussex College when she was 17.In 1981 she studied Engineering.

Carol got married to Christopher Mather when she was just 24 years old.He was a former rugby player and also was Royal Navy officer.She then married Patrick King.She was in a relationship with Des Kelly and is now currently dating Graham Duff.

Carol was voted for the UK Female Rear of the Year in 2011.She is the first celebrity to win the title twice in 2014.She was also honored as a member of the order of the British Empire.

Carol was rumored to have her nose job done but she denied saying it as a stupid rumor.