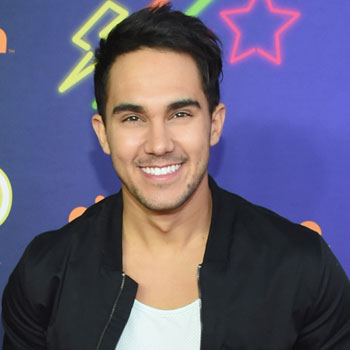 ...
Who is Carlos PenaVega

Having an affinity for music and acting, he studied musical theater at the Boston Conservatory. His career started at the age of 15 on ER and had a guest appearance on Judging Amy, Summerland, and Ned's Declassified School Survival Guide.

He was a band member of Big Time Rush, formed in 2009. With the band, he released his first solo single in Spanish on February 4, 2014, titled "Electrico." He earns a wealthy amount of money from his career. He has a staggering net worth of $6 million.

Carlos PenaVega engaged to American actress and singer, Alexa Vega in August 2013. The couple wedded on January 4, 2014, in Puerto Vallarta, Mexico. The couple had a son Ocean, born on December 7, 2016. They have a YouTube channel, LexLovesLos. They both are the devoted Christian. Previously, he dated Chelsea Ricketts, from 2003 to 2010.

He was rumored to have an affair with American actress, Samantha Droke.