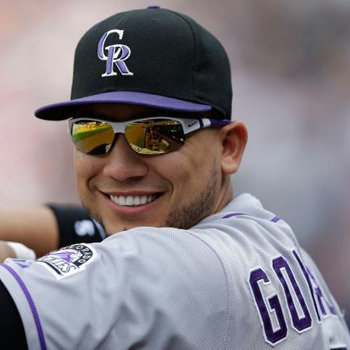 ...
Who is Carlos Gonzalez

Carlos is from Maracaibo, Venezuela. He initiated is baseball career in the year 2002 after Arizona Diamondbacks named him as their team member.

Model and actress Indonesia Riera is his wife. They both tied know in October 2012. They couple adopted one son and blessed with twin daughters.