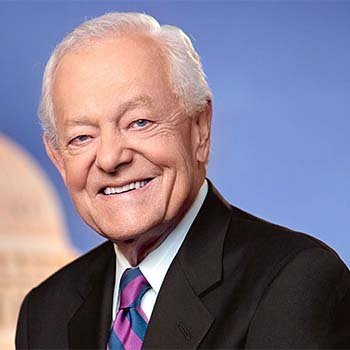 ...
Who is Bob Schieffer

He was born on 25th of February 1937 in Austin, Texas, United States. He has two siblings and they are named as Tom Schieffer and Sharon Schieffer Mayes.

In 2003, he was diagnosed with grade III bladder cancer but he went on surgery in 2004 and became a cancer-free from that time on.

He is married to lovely lady Patricia Penrose since the late 1960s. Their wedding ceremony was held in 1967. He is the father of two lovely daughters.

He has been honored with Emmy Awards for six times in his life.

He announced his retirement from professional career in 2015.