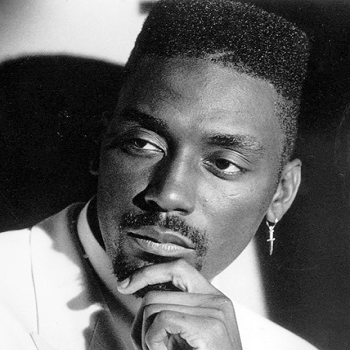 Antonio Hardy (born September 10, 1968) is an American rapper. He is recognized as one of the most influential and skilled MCs in hip hop. He is better known by his stage name Big Daddy Kane.

Kane was born in Bedford-Stuyvesant, Brooklyn, New York City, New York, United States of America. His debut album is Long Live the Kane, which featured the hit "Ain't No Half Steppin'".

Kane is famously affiliated with Marley Marl's old-school crew, the Juice Crew. "Long Live the Kane" and "It's a Big Daddy Thing" are his only recorded albums that were certified gold by the RIAA.

Kane dated Shawnette. They got married on May 1, 2010. They have one child named Lamel Hardy. It is believed they are living a happy married life.

Kane is considered to be one of the most influential and skilled golden age rappers. He was voted 3rd on the "Top 50 MCs of Our Time," and was listed as one of his Top 5 best MCs by RZA.