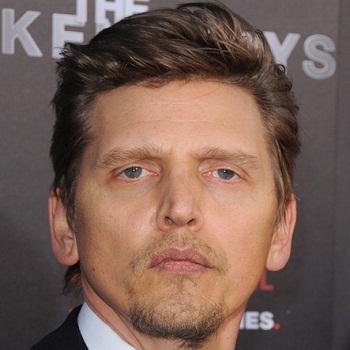 Barry Pepper is a Canadian actor. He is best known for his roles like Jonnie Goodboy Tyler in Battlefield Earth, Sergeant Michael Strank in Flags of Our Fathers, Dean Stanton in The Green Mile, Private Daniel Jackson in Saving Private Ryan.

Barry pepper was born on April 4, 1970 in Campbell River, Canada, he is the son of a retired lumberjack. When pepper was just 5 years old, his family sail on their homemade ship, navigating through south pacific islands for five years.

He auditioned for the role in Tombstone in 1993. He currently has the net worth of $10 millions dollars. He also appeared in Jagged Edge's "Goodbye" video.

He is married to Cindy Pepper on 16 November 1997 and are together since then.they also have one child who was born on 17 June 2000 and named her Annaliese.

He was nominated three Screen Actors Guild Awards and a Golden Globe Award. And won the Emmy Award for Outstanding Lead Actor in a Miniseries or a movie, for his role as Robert F. Kennedy in the miniseries The Kennedys in 2011.