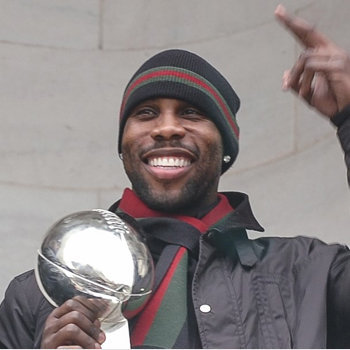 ...
Who is Anquan Boldin

Boldin is from Pahokee, Florida. He has one sibling named, DJ Boldin, who is also professional footballer. Since his school days he was active in sports and continued to play in Florida State University as well. Later he pursued football as a career.

Boldin has a jaw dropping net worth of $ 11 million dollars. He has a habit of reading a bible and even made his teammates to read it in locker room. This footballer is also active in philanthropist work and owns a foundation named "Anquan Boldin Foundation aka Q81 Foundation'.

Anquan is a married man. He has two sons with his wife Dion Boldin. The name of his sons are Ashton and Anquan Jr. He is not involved in any other extra marital affairs.