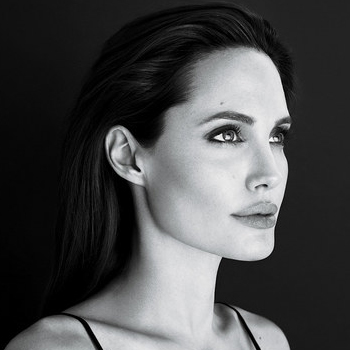 ...
Who is Angelina Jolie

Angelina Jolie is an American native and she was born in Los Angeles, California. She was born to actor Jon Voight and Marcheline Bertrand. She joined Beverly Hills High School but later on transferred to Moreno High School. She suffered from insomnia and eating disorder at her teenage.

She is one of the richest celebrities in the United States and her net worth is $145 million. She is of German, Slovak, French-Canadian and Dutch ancestry. Naturally, her hair color is dark blonde. One of her hobbies include collecting different kind of knives.

She was married twice before marrying famous actor Brad Pitt. Till now she has been mother of six different children and some of them are adopted.

She has won almost all honorary awards including Academy Award.

Rumor stated that Angelina Jolie and Brad Pitt were heading towards divorce but it came to be a false news.