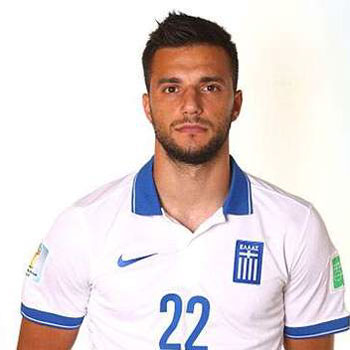 ...
Who is Andreas Samaris

He is the son of Zois Samaris and Aggeliki Samari. Grew up with the passion for outdoor sports, he spent his youth career with PAO Varda.

Andreas Samaris made his international debut in 2013 and represented Greece at the 2014 FIFA World Cup. He also played for the Greece U-19 football team. On 22 August 2014, Samaris moved abroad and joined Portuguese champions Benfica and agreed to a five-year contract for a transfer fee of €10 million and with a €45 million release clause. He has a staggering net worth of $6 million.

Andreas Samaris is a father to a child, but as far as the mother of the baby is concerned, the footballer has been mum ever since. He is close to his only brother Sakis Samaris

To date, he has not been the part of any kind of rumor or controversy.