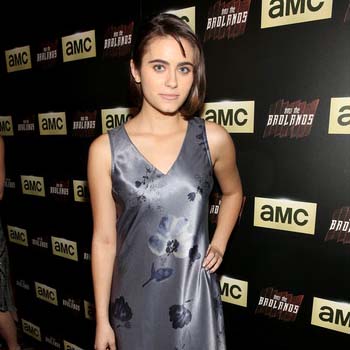 ...
Who is Ally Ioannides

Greek-American actress, best known for playing Dylan Jones in the NBC drama series Parenthood, and Tilda in the 2015 AMC martial arts drama series Into the Badlands.

Born in Atlanta, Georgia, and raised in Park City, Utah, Ally moved to Burbank, California at age 14. She started her career as a stage actor playing in musicals at the Egyptian Theatre in Park City, as well as the Pioneer Theatre Company and Hale Center Theater in Salt Lake City, Utah.

Ioannides gained her first professional acting role at age 11 as Ester in A Christmas Story. She continued with roles in plays such as White Christmas, Annie, and the The Sound of Music

Ally loved acting at an early age, often performing along side her sister. There is no news about her current dating life but can surely say that she is straight.

Alyson Lee Hannigan popular as Alyson Hannigan is well-known for her role as Willow Rosenberg on the television series Buffy the Vampire Slayer (1997–2003).