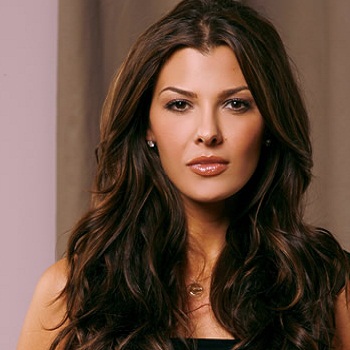 Ali Germaine Landry is an American actress, model, and beauty pageant title holder who won Miss USA 1996. She is perhaps best known as the Doritos Girl from her 1998 Super Bowl commercial, for her portrayal of Rita Lefleur on the UPN sitcom Eve.

Ali Landry was born in Breaux Bridge, Louisiana where she attended Cecilia High School and was captain of the cheerleaders before heading off the the University of Louisiana at Lafayette.

Ali Landry is an American model, actress who has an estimated net worth of $6 million dollars. Landry has also been a contestant on the reality television show, Fear Factor. She is an avid runner who has run the prestigious Boston Marathon.

Landry was briefly married to Mario Lopez for two weeks in 2004, and is now happily married to film director Alejandro Gomez Monteverde. The couple wed in 2006 and they have three children, Estela, Marcelo, and Valentin.

Ali Landry has won Miss Louisiana Teen USA 1990 and was semi-finalist at Miss Teen USA 1990. She was the winner of the Miss Photogenic award at Miss USA 1996. She was nominated in Outstanding Host of a Variety or Awards Special Miss USA Pageant (2000)