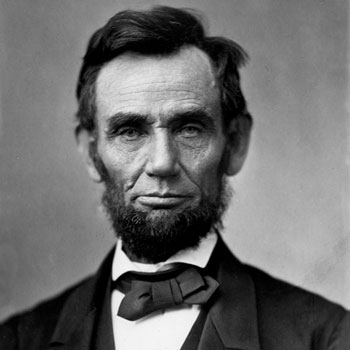 ...
Who is Abraham Lincoln

He was born in Hodgenville, Kentucky from parents Thomas Lincoln and Nancy Hanks. During his childhood, he used to work in the field and take care of the crops.

He was the captain in the Illinois Militia during the Black Hawk War. During his lifetime, he happened to suffered from melancholy which is called a clinical depression.

Abraham was married to Mary Todd and he was blessed with four children where three children died because of illness. Only Robert Lincoln was the heir of the Lincoln family.

Being the 16th president of United States was his biggest achievement. Abraham was a Lawyer and also a Republican Leader.

He was involved in many controversies as he was a politician.