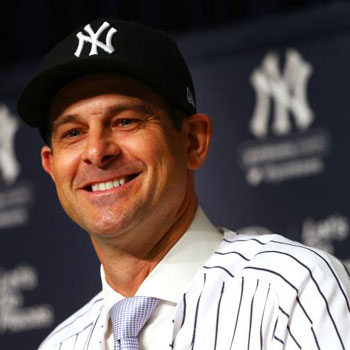 According to the sources, Aaron received a massive salary of $750,000 while he was associated with Houston Astros. Also, he received $100,000 for a one-year contract with the Washington Nationals. After adding a handsome amount of money from his plays on the baseball field, he is still adding some more to his bank account as being employed in the ESPN channel. Well, he undoubtedly makes thousands of dollars from his job right now.

His father Bob Boone is a former catcher and manager in Major League Baseball. His wife Laura Cover is an American model and actress. She is Playboy Playmate of the Month of September 1998. Currently, the couple shares two children together, Brandon and Bella, and have adopted two children Jeanel and Sergot.